I am amazed to see that poor ole ‘The Donald’ is losing on this site’s poll.

Having spent five months in the States, October through February, and I listen to American radio every day, it seems to me that many people on this side of the pond are not in tune with what is going on over there. The corruption is endless, not only but especially, in upper levels of ‘everything,’ but even with everyday life, it is like cancer, that has permeated the country, even doctors, dentists, medics, and pharmacists who are supposed to be ‘carers’.

My husband nearly died over there in 2013 due to the greed for $$$ by the medical people we sought care from. After 10 days of seeing doctors who sent us off for CT Scans and such like (costing in the region of $6.500 each). Refused my request to do a simple blood/urine/stool test. We were sent to a gastroenterologist. He and his brother owned and ran a large fancy establishment, we were offered treatment, “downstairs in our clinic, for $1,700 ….. CASH” (Yes, he was doing a ‘deal’ for CASH!) or we could try for an appointment at the local hospital and pay several hundred more. In the dire state that my husband was in, we opted for the soonest appointment in the ‘clinic’ which was three days later. The Dr. (Specialist and owner of the Centre of Excellence, that we had been referred to by the Dr. in the clinic we had attended), kept exclaiming at how ill my poor husband was. By that time he was so weak he couldn’t walk or sit! By 6 am the next morning I made the decision to take him to Emergency at the main Hospital. Can you believe that a ‘Specialist’ who could see how ill the patient was, would have
him wait for 3 days for treatment, instead of either doing it immediately himself or advising that we get to a hospital as soon as possible? But then he stood to gain $1,700! It was touch and go for four days whether my husband would pull through or not, he did, but he was in the hospital for a further 5 days – 9 in total! Nearly everyone I have talked to since then has a similar horror story. Oooh, and by the way, I had to live in hospital with him and care for him 24×7 to make sure he was warm in bed, that he got his meds on time, that the correct meds were given at the right time, (believe it or believe it not) that the intravenous was changed when the bag was low, that he got fed, that he was hydrated. It was a learning curve for me, the nurse would not come with the meds on time which was imperative. After the first time, when they didn’t change the intravenous and it started sucking the blood out of his arm, then the Nurse arrived and shot the blood back from the bag into his arm which nearly sent him out through the back of the bed! For all of this hospital care, the bill came to nearly
$80,000. Never go to the USA without very good medical insurance and make sure that you declare any pre-existing illness before you go………. otherwise, the insurance will NOT pay. They hunted about our medical records for weeks trying to find anywhere that my husband’s illness might have shown up previously.

I love America, I love the country and the grass-roots people, but it has changed, just like Ireland and England have changed in the past 40 years. I don’t like Trump, not one bit, but if I was eligible to vote I would vote for ‘The Donald’. There is no other candidate who comes close. He says it like it is (unfortunately it is as he says it), he has no one pulling his strings like all the muppets and puppets that have been in office and stand for election this year. No one to owe favors to. He is a steadfast ‘American’ and I truly believe he wants to make the country better. His speeches are continually edited and taken out of context by the media and then ridden to death by everyone else.

In October, Trump was really the new boy (bafoon/clown/joker) on the block. No one thought he would be there for more than a couple of months. We travelled from Florida across to Arizona and back. Making conversation with people every day, we would ask how they felt about Trump. Well, of course, they nearly fell off their seats when we suggested that he was going to make the primaries and all the way to the White House. After bandying it back and forth, a friendly argument for ten minutes or so, it was as if a light came on. They hadn’t ‘really’ thought about what Trump was like or what he could do…….. they were thinking about him as the business-man, silly guy on TV with the hair. In the end, they all actually admitted that we might be right.

I talked to many women when I was there, and they said proudly that they were voting for Hillary. Why? “Well, wouldn’t it just be grand to have the first woman President ever, in the White House!” was the reply. As mad as it seems to vote for Trump I just cannot believe that the criteria would be to vote for someone because of their gender.

I am not saying that I like the idea of Trump in the White House, but what the heck is the alternative? The country has gone down the tubes year after year, the integrity of the people has been violated, in fact, I don’t believe that there is a sense of caring between those in high power, and lower class people who are struggling every day with two and sometimes three jobs, to make ends meet. Everything is out of control. Do you know, that when one party gets in, the other party
has a mandate to quash anything that the President or the elected party want to do? This has been proven through history, but was also confirmed by a leading member of the Republican Party in the BBC 2 TV programme ‘Inside Obama’s White House’.

Of course, we expect dirt to be dragged up and thrown about but one should try to see who is throwing the dirt, pay close attention to what is going on between now and the election, ‘They’ are even trying to change the rules on voting, it is a complicated system as it is and from now on there will be a lot of smoke and mirrors, ‘They’ didn’t expect Trump to do as well as he is, so now ‘they’ have to try to put the brakes on and run him into a siding. It won’t be that easy…… maybe it will have to be a permanent marker like poor ole JFK got.

Cruz, Kasich, Sanders, Christie and Carson, all nice enough people I suppose, but when you see them on the stage it is beyond imagination to think of them in the White House running the country. Rubio, with his background, was a nonrunner from the start but in true political fashion, no worries about sending a few million
down the pan. As for Clinton and Bush! My goodness! Are you kidding me! Bush to continue his brother’s murderous work! That leaves Clinton, (as I shake my head in disbelief). She speaks well (but with a forked tongue). I wonder how her voice keeps going, shouting at everyone, day after day. Promising the unpromisable, and what about all the mysterious deaths connected to the Clintons when Bill was President? Will that be a template if Hillary is in the Oval Office? * & **

But this is another problem! People disappear and ‘die’ under suspicious circumstances in America and it is covered up. Look at the 8 holistic doctors and practitioners who were killed last June/July 2015 ***. The place needs taking in hand and it needs to be done by someone who cannot be blackmailed by those in seats of power.

WHO in their right minds would want to run for President of the United States! WHO would want to spend a couple of years preparing for the election, travelling day after day in a bus, never home to spend quality time with family. I can’t imagine anything worse.

Would you like to write a blog for United in Brittany? If you have something to say then we would love to hear it! Life in Brittany can bring some pretty interesting tales so if you have a story to share about your experiences then this is the place to do it. From cautionary tales… 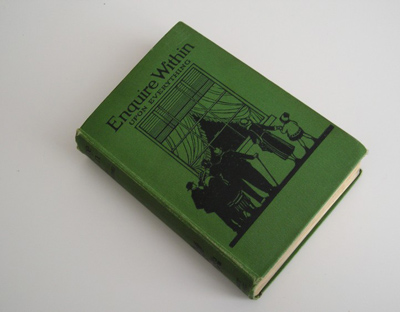 Enquire Within Upon Everything was a how-to book for domestic life, first published in 1856 by Houlston and Sons of Paternoster Square in London. The editor was Robert Kemp Philp. It was then continuously reprinted in many new and updated editions as additional information and articles were added. The book was created with the intention…

Last year around this time our toilet started to evacuate at a more slower speed than normal. This did not impress me one bit. I let it develop hoping the toilet fairies would fix it one night but no luck there. The bowl started to fill almost to the rim and then it would slowly… 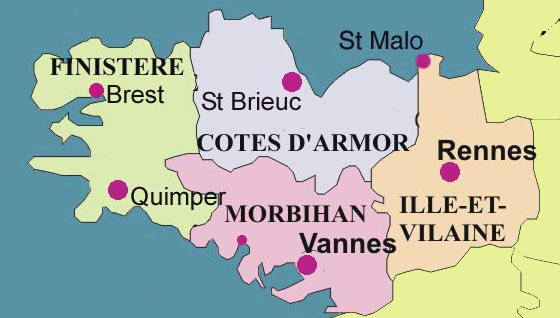 I have been gone from UK for just over eight years now apart from a weekend visit to take a relative back. My reasons for leaving were the same as many and judging by what has been happening since I left, I know we made the right decision. This was bought into focus more strongly…

This site uses Akismet to reduce spam. Learn how your comment data is processed.